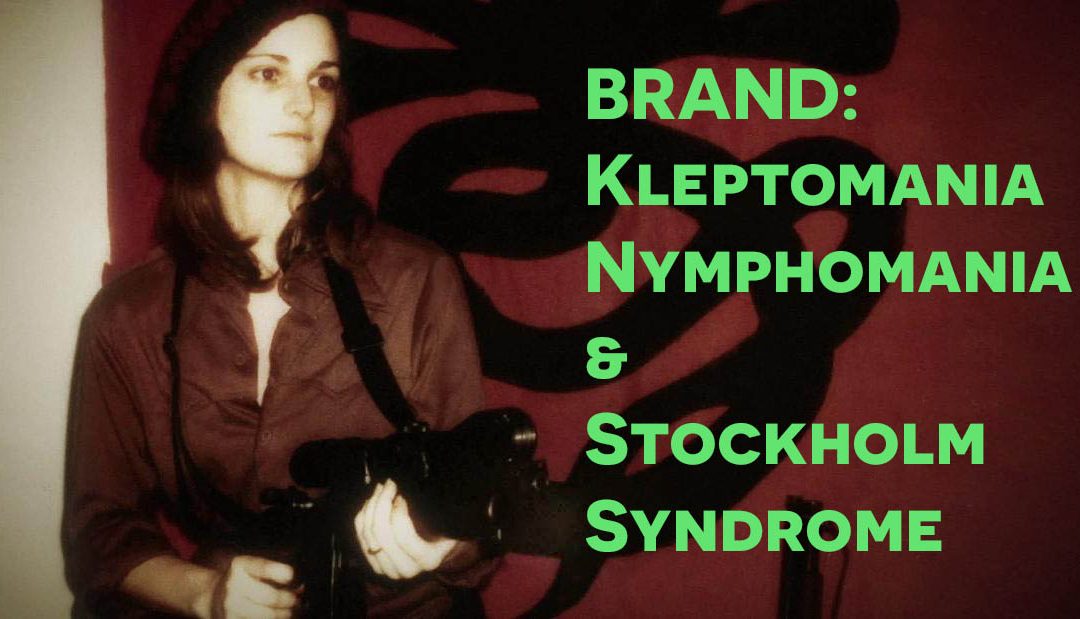 Right, yes, I know I said I wouldn’t talk about Brands again and that I’d talk about sex this time but I apologise, I am really, really sorry but I’m gonna talk brands again, I’m afraid.

By way of apology for those of you expecting to be reading something sexy please type the numbers 5318008 into your pocket calculator.

Because I mean if even that doesn’t sate you then you have the problems of the nymphomaniac, my friend, and I sternly suggest you seek professional help at the first opportunity. And keep your wandering hands well away from me, Jimllfixit!

We returned to Britain ten years ago after eleven years in the USA. Shortly before we returned we’d purchased a very expensive pro laptop computer from a very famous, beautifully designed brand, which we loved.

We’d been buying that brand’s products exclusively for the twelve years we’d been in business previously, so we were genuine customers, paying as much as six times what we might otherwise have for a decent rival company’s offering.

The plug-in cord for the laptop was for the US so obviously wouldn’t work in Britain. No probs, I’ll just zip to the brand’s big fancy Birmingham store to buy a Brit one.

The zany haired kid there couldn’t be more helpful. Socket cord, sir ? No probs. That’ll be just £65.00, thanking you ever so much indeedy.

Keep in mind this was ten years ago too. I look at the kid, deep into his eyes, deep into his rotten soul, in fact, my brow furrowed, my heart racing. He puts his hand out for my credit card. I look around, wondering if Beadle’s about.

But it’s no wind up, this mob are genuinely looking for sixty five quid for something worth way, way, way less than a quid. That is a mark up of over 6400%. Read that again slowly. Say it aloud. Sixty four thousand per cent.

Charging like that is not the action of a brand that has your best interests at heart.

So this is a brand with the problems of the kleptomaniac and I strongly suggested to the kid with the zany hair that he seek professional help and have a good long look at himself.

Here’s the rub though.

I subsequently told that story a couple of times, irate and incredulous and expecting immediate, undiluted empathy, as anyone who has recently been mugged reasonably should.

But I was astonished to stupefication by the reaction of many of the people to whom I told the story.

They defended the brand ! They chose the dark side !

Of the twenty or so times that I pointedly told the story I heard countless different reactions, ranging from the vilification of other brands by comparison, to complex explanations of why this brand “needed” to charge so much, to a nodding appreciation of the “quality” of the cord. A cord ffs !

And every single time, I saw genuine zeal in the person’s eyes. Like a true believer. Like a religious fundamentalist or one of those Christian nutters who talks in tongues.

This tech brand, who have since gone supernova and beyond, enjoys such a fanatical, all embracing appreciation of their offering, that their victims become an active part of the entire despicable process.

Which seems to be straying painfully, perilously close to little Patty Hearst and Stockholm Syndrome. Though, of course, I’m no shrinker of heads.

Still and all, let me be clear on this- I believe what that brand has achieved in this

is every bit as extraordinary and breathtaking as it is dubious and reprehensible and ranks above even the undiluted brand adulation achieved and sustained by Ferrari.

But my strongest, most enduring instinct has remained exactly the same since the very second the zany kid put out his hand for my credit card…